Get fresh music recommendations delivered to your inbox every Friday.
We've updated our Terms of Use. You can review the changes here.

Take me 2 the feeling 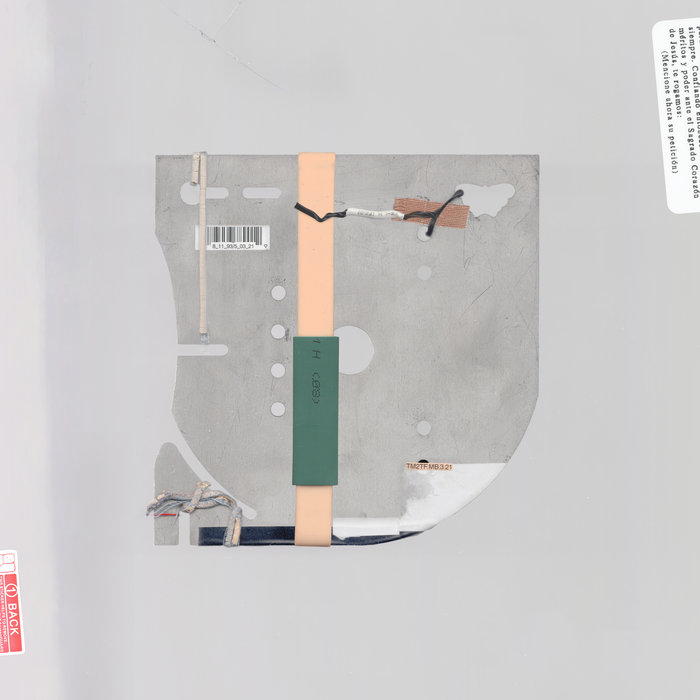 DJ$TOCKER it takes me 2 the feeling

‘Take me 2 the feeling’ features seven songs that have a music box quality to them: soft, charming but also delicate, reflecting the fact that making each of them was a meditative process for the producer. These sparkling, deceptively simple and affecting compositions have arisen from Eta’s music making as a ritual act, one that has helped him process and reconnect with himself amidst a whirlpool of new experiences.

With a focus on writing melodies developed through intuition, the tunes were composed on a 2-octave MIDI keyboard. Deciding to avoid beat samples and drums, Eta chose tactile sounds to play with: a music box, strings, a choir and three acapellas (lifted from Lil Durk’s ‘Beyoncé’, Ariana Grande’s ‘Focus’ and Carly Rae Jepsen’s ‘Run Away With Me’).

About choosing vocals from pop hits, Eta says “I'm inspired a lot by how pop often captures so much of the basic human emotions that I was dealing with at a personal level, such as love, sadness, confrontation, anxiety etc., while writing these tunes.”

Befitting the fact that it comes from a very personal space, there’s a from-the-bedroom atmosphere throughout ‘Take me 2 the feeling’. Some of the textures were directly inspired by bedroom-produced ASMR sounds. As well as children's’ lullabies, Eta’s also a fan of YouTube’s bedroom pop-covers artists. All these influences are weaved throughout this release. Its textures were designed to sound small and delicate but also dreamy. Despite the influence of the bedroom aesthetic, almost all the tracks were produced away from home, such as while Eta was at school or on the train.

Yon Eta’s music floats between experimental pop and cinematic soundscapes. The Hague based artist is strongly influenced by the energy of contemporary club music. Besides his solo work, Yon Eta is known for his live sound performances, sound-installations and performance-art collaborations. He regularly writes scores for games and film. ... more

Bandcamp Daily  your guide to the world of Bandcamp

The Hammer and The Relentless from the Boston band Malleus stop by for a chat.